AURA EVOLUTION VA100 Amplifier (made in England by B&W) to let go: 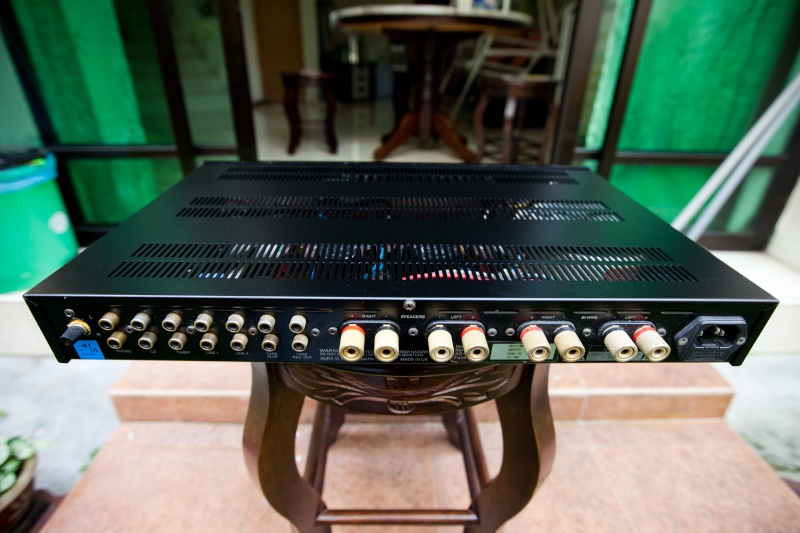 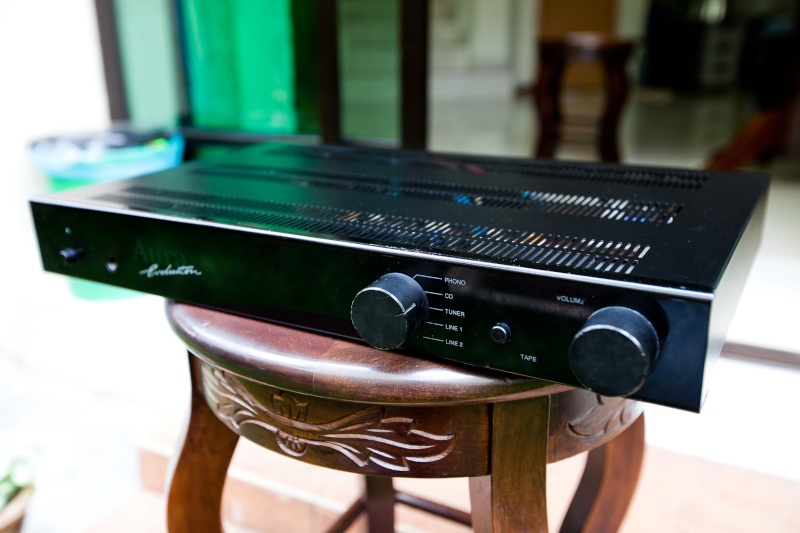 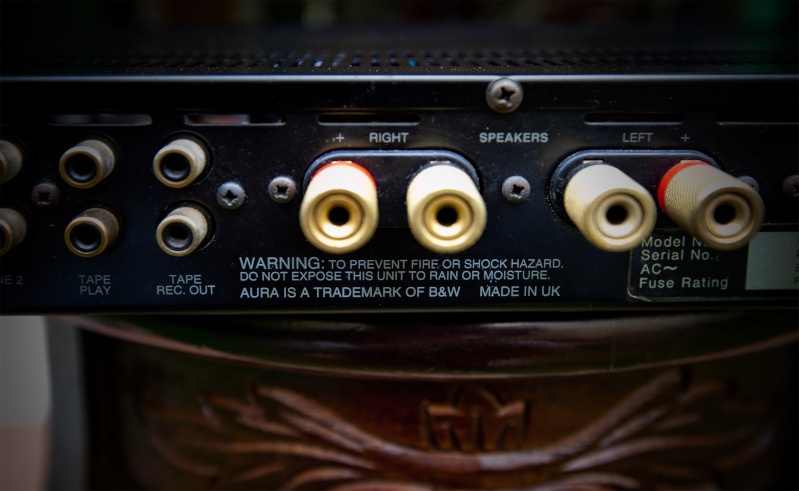 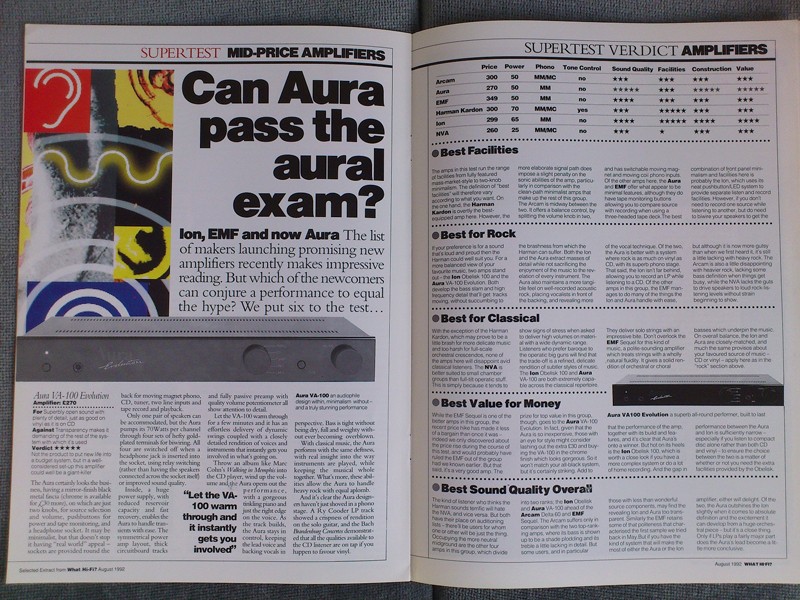 
WHAT HI-FI Aug 1992 Supertest Mid-Price Amplifier *****5 STAR
“Let the VA-100 warm through for a few minutes and it has an effortless delivery of dynamic swings coupled with a closely detailed rendition of voices and instruments that instantly gets you involved in what’s going on.
Throw an album like Marh Cohn’s Walking in Memphis into the CD-player, wind up the volume and the Aura opens out the performance, with a gorgeous tinkling piano and just the right edge on the voice.  As the track builds, the Aura stays in control, keeping the lead voice and backing vocals in perspective.  Bass is tight without being dry, full and weighty without ever becoming overblown.”

“Get some decent dance music and biwire some good mission or b&W speakers and you will be on the edge of your seat when listining, base is amazingly clean accurate and full. Music sounds so dramatic and detailed. The main thing i noticed was imense sterio seperation, you hear little bits of songs firing from the left speaker to the right with imense precision. “  – D J Wicked at www.audioreview.com


“An amplifier is the heart of any audio system, so it needs to be simple and superb. This is my amp which is now 15 years old and will last another 15 years. It has an amazingly musical warm feeling unlike the modern amps today” – blogger 3d at home

“As far as I've read about it, it has a warm sound aimed to sound like class A amps. It's said to be a good sounding stuff with interest.” – Malefoda, diy Audio Member of www.diyaudio.com