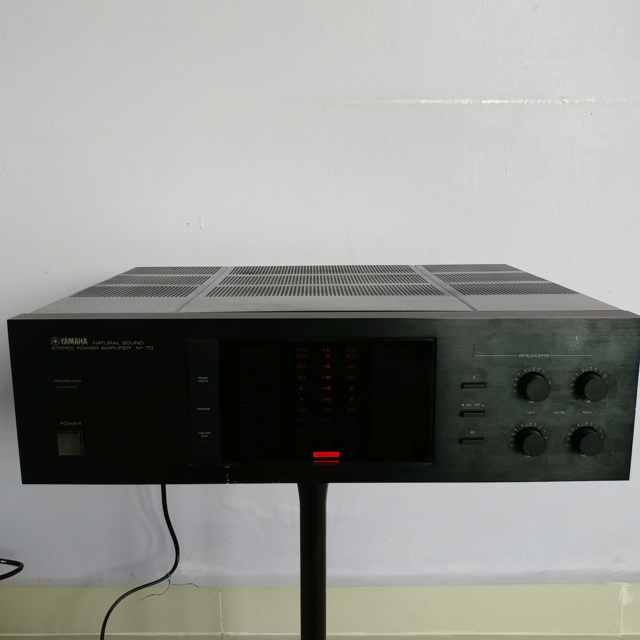 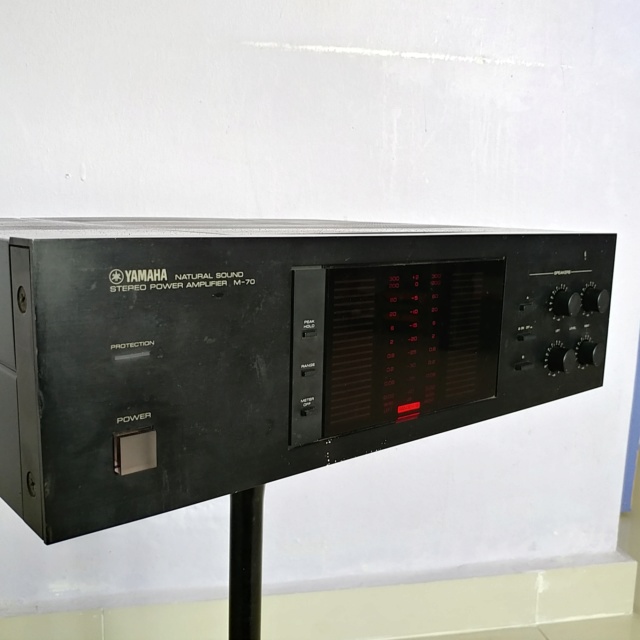 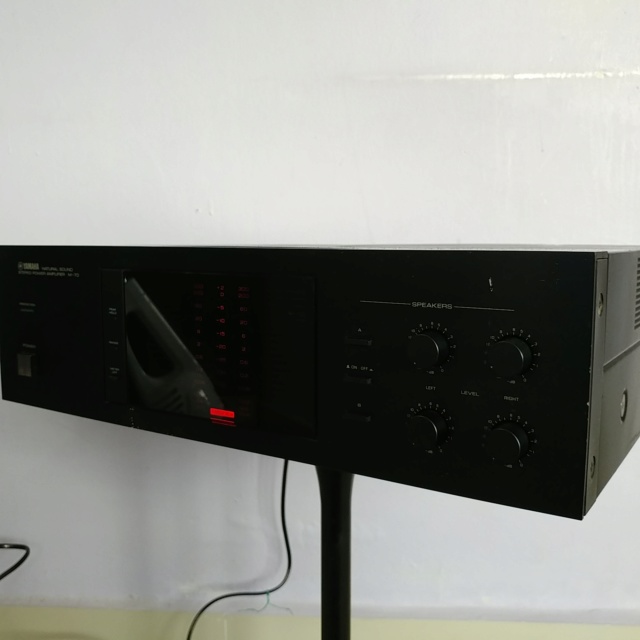 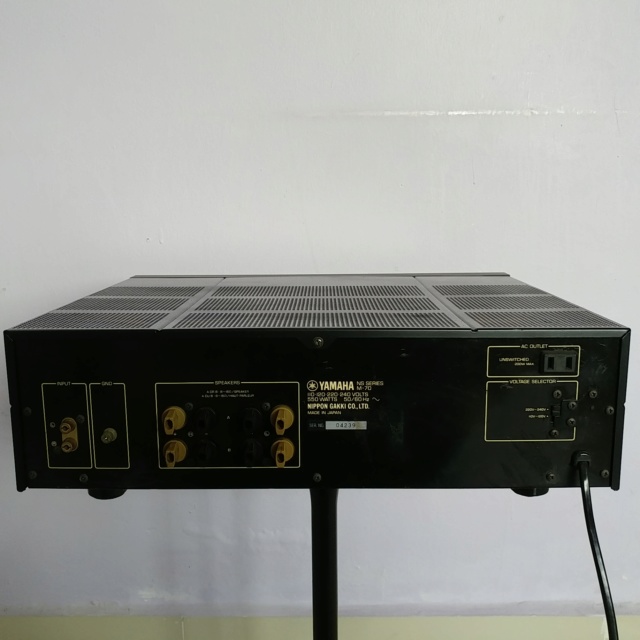 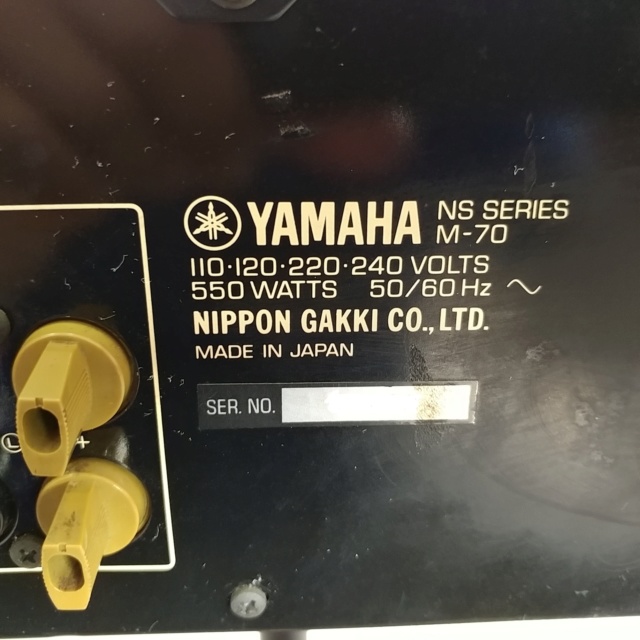 Yamaha top-line separate amplifiers are ranked among the most prestigious components produced throughout the world.

Our separate components offer performance, control versatility and reliability that equals, and usually exceeds, that of the most advanced competitive units available.

Yamaha's care and attention to detail, coupled with our awesome technological capabilities produce audio components that are unmatched by any other manufacturer.

One of the primary reasons behind our remarkable success in the audio field is Yamaha's vast musical experience and human sensitivity gained through almost a century of crafting many of the world's finest music instruments - from grand pianos to piccolos.

Much of the sophisticated analogue and digital electronic technology developed for Yamaha's highly respected contemporary music instruments and professional sound reinforcement equipment further contributes to the advancement and improvement of
our home audio components.

In addition, since all the necessary research, technical and production facilities are maintained internally, Yamaha can thoroughly guarantee the overall quality of every audio product.

And there is much more to the Yamaha audio success story.

Every new product must face a formidable challenge in proving its music reproduction accuracy: the critical ears of our music instrument designers and renowned acoustic specialists.


Part of the myriad of huge amplifiers Yamaha produced during the 1980s : well-built, powerful enough to almost drive a pair of Magnepans, looking in sync with the times (flashing red and black) and nearly indestructible.

Auto-Class A was for the later M-80 revision but the ZDR system was applied here as well as a fully DC circuit. ZDR (aka Zero Distortion Rule) is a way to re-inject the detected distortion signal but in phase-inverted mode.

The smaller M-50 was introduced alongside ; later replaced by the M-80 / M-60 / M-40 in 1984, all three with the added "Auto Class A" feature, somewhat bigger looks plus even more available power.

In addition to the ZDR system, the M-70 feature Linear Transfer Bias circuitry and Yamaha's remarkable "X" Power Amplifier system.   The Linear Transfer Bias circuit minimizes the problem of crossover distortion due to non-uniform linearity between the power transistors in a push-pull power stage. By applying precisely calibrated bias to each transistor in the M-70's cascoded push-pull power circuit and thereby staggering the operating point of each a perfectly linear composite transfer characteristic is achieved, ensuring negligible crossover distortion levels.

The "X" Power Amplifier achieves extremely high amplification efficiency by switching the power supply voltage between two voltage levels - low and high - according to the size of the signal being processed. For average signal levels, for example, the lower supply voltage is used, while the high supply voltage is instantaneously switched in whenever a high-level music peak is detected. This system eliminates the power wasted in the form of heat that conventional systems must dissipate with large, finned "heat skins". The fact that the "X" Power Amplifier permits true high-power music amplification with maximum efficiency and minimum heat generation means that the entire amplifier circuit operates under optimum conditions at all times, ensuring the cleanest most accurate music reproduction. The unbeatable combination of the Linear Transfer Bias circuit, "X" Power Amplification, and Zero Distortion Rule amplifier design results in outstanding low-distortion power performance and incredible power efficiency for unmatched reproduction precision and exceptionally natural sound quality.

These bright, attractive power meters let you see at a glance just how much power is acctually being fed to your speakers. This makes it easier to determine the proper setting of the speaker level controls to prevent speaker breakup distortion or burnout due to power levels exceeding the speaker's capacity. zFor easier reading, these advanced meters feature dual switchable ranges and s peak hold function that displays the highset encountered power levels for considerably longer than the overall meter fall time